WoW Chilika – The Jewel of Odisha

We set out to explore vast Chilika lagoon Mirzapur, which lies in Satapada Region of Chilika. From the lakeside dock we met two local brothers Sanjay and kalu who owned a traditional Chilika fishing boat. They offered to be our guides to the lake for 3 days and transport us to wherever we wanted to paddle and explore. Three days is a minimum to see this vast brackish water lagoon of more than 1,100 square kilometers.
We steered through relatively narrow Channels to enter the main lake.  From the centre we could start to appreciate the vastness of this open water which at times feels like a small sea.   On the way I jumped on a board to follow the boat and experienced one of many perfect Indian sunsets over water during our time there.
We passed the Nalabana/ Indraprastha Island and on to Kalijai Temple island at nightfall.  We slept under the stars next to a deserted building near the temple.  This island has been spoiled by large daily number of visitors and inadequate systems for controlling or removing litter.  However, arriving on a perfectly clear night with bright starlight and seeing the temple appear in front of us was a great experience.
We left for the unknown island where we found a stranded Chicken and sighted many wild birds.  As we travelled a group of small birds dived around the boats fishing.  After 4 hours of Motor boat journey sighting Irawaddy dolphins on the way (there are around 150 of this endangered species  in the lagoon) we finally reached Ghantisala a point at the far western end of the lake. This is not an Island, but has a huge area of lake water behind its tree covered mountain.  As we travelled Inland and South from the flat cost of the India Ocean the dramatic Eastern Ghats (a discontinuous range mountains along India’s Eastern coast) began to dominate the skyline.
The lake is warm – it’s shallow waters are even warmer than the Indian Ocean.  It’s green and slightly saline water is inviting and perfect for swimming.
We slept on a grassy bank next to the beach and in the morning went off to buy fruit from the villagers tending a lakeside farm.  We met local fisherman who sold us prawns and fish straight from the sea and our boatmen cooked them over an open fire on the beach.  The lake has many species of fish and is extensively fished by netting and in places we see groups of the narrow, traditional fishing boats.
We set off for Beacon Island, a tiny rock crowned by an architectural marvel with a conical pillar and a small room constructed on a submerged mass of rock in the Rambha Bay near Ghantasila Hill. Snodgrass, the then collector of Ganjam under the East India Company, built it. The ornamental pillar was constructed to put a beacon on the top. The water around the Beacon Island is breathtakingly beautiful.
We headed back North West towards the widest part of the lake  On route our boatmen cook the most incredible meal of Chilika prawns  and rice with a delicious spices served on banana leaf plates.  It strikes us that this meal eaten on the wooden decks with our fingers in traditional Indian style compares well to 5 star restaurant food served anywhere in the World. On the way we passed fishing boats under sail and others being poled.  Poling is a practical way of moving boats around the lagoon which is in many places around 1.5m deep and only in a few parts a little over 3 metres deep.  We see fishermen checking their nets wading in water chest deep.
Our boatmen take it turns to jump on paddleboards.   They take to paddling SUP easily and naturally. Their poling skills and strength developed in this traditional method of moving their boat make the similar body rotation required in SUP easy for them.
A storm starts to brew up and we see distant lightning.  The sky darkens and the lake looks even more stunning and atmospheric as the storm moves closer.  We decide that being in open water with carbon paddles is not the safest place to be.  We take to the boat again and the storm begins . Two hours of driving rain and lightning and our boatmen (one a 15 year old) are steering us through the storm as the light fades rapidly and night sets in.
We reach Mirarpur and end our journey where we began it close to the point where Chilika opens to the sea   This is an opening of just a few hundred metres but enough to ensure it’s waters have a saline content just enough to preserve its delicate eco system.
We felt greatly privileged to be the first people to paddle SUPs on this stunning and unique body of water. We plan to be back there early in 2015 year and will be looking to explore other parts of this huge lake.
Paul Hyman   Director Active360     March 2014

A Breath of Fresh-Air 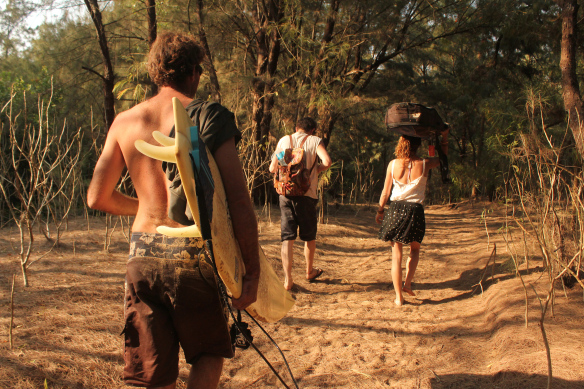 An interview over the internet is never ideal. So much is lost without meeting face to face. I caught up with Sampu Samantary or Sanjay Ray as he’s more widely known, after he returned from a trip full of discovery to the “wild and virgin” region of the Bay of Bengal, where he said he found some “world class waves.”
Original Blog:
READ MORE 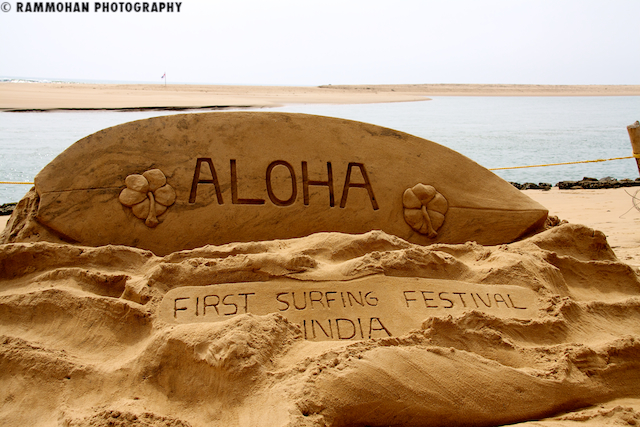 Surfing Yogis headed by Sampu Samntaray had long weaved a dream of bringing all Indian surfers, local artists, musicians and introduce Stand up Paddle in the state of Orissa to promote eco-tourism and on February 7th-2012, India held it's first surf festival at Puri, Orissa.
Original Blog: http://rammohanphotography.com/india-surf-festival-2012
READ MORE

Sampu and Friends: The surfer’s guide to festival organisation 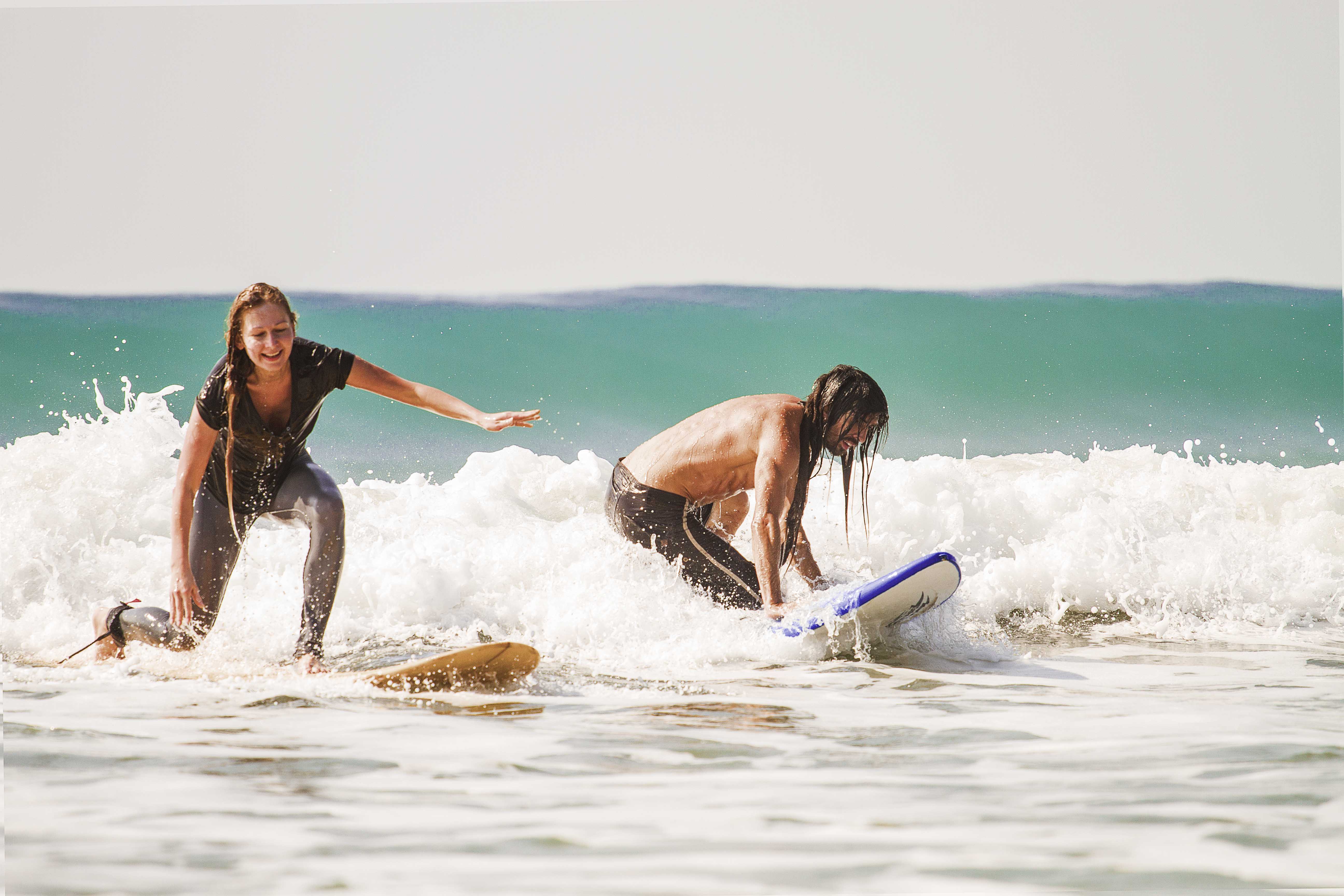 Original Blog: http://thealternative.in/travel/sampu-and-friends-the-surfers-guide-to-festival-organisation/ [Journeys] “If you want to be part of the festival, you have to become friends with me. OK?” At the heart of India’s first locally organised International Surf Festival was a coming together of spirited folk to a celebration of the small, the beautiful, and the ecologically sensitive. 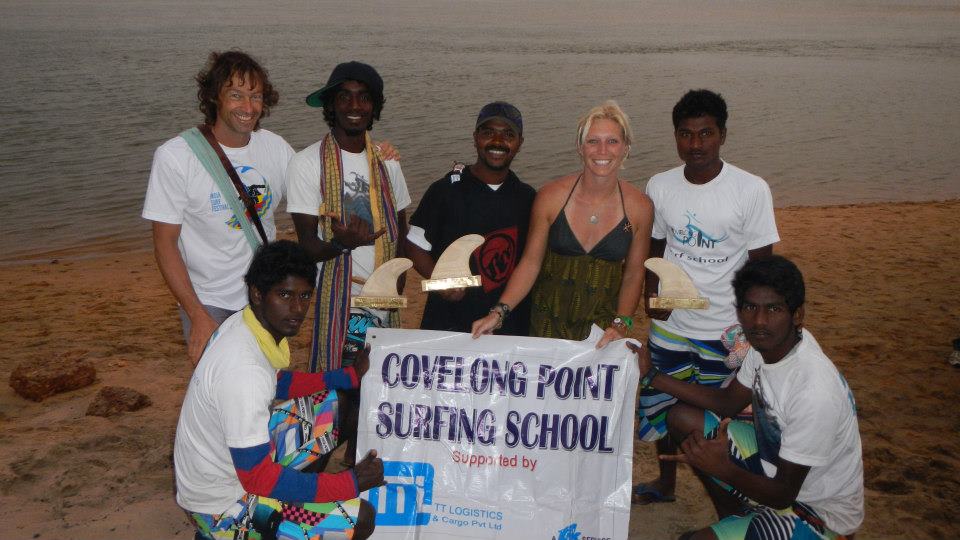 Original Blog: http://distressedmullet.com/india-surf-festival-recap Hey guys!! Just got back from the East coast of India helping with the India Surf Festival. I am exhausted! I was so stoked to help out with this event by giving so many SUP lessons and putting on such a memorable SUP race! Although things got off to a slow start, the surf expression event and SUP races were a hit. Surfers came from all over south India to show off their skills. Then we had a great International recreational race. We had to run it in heats due to limited board supply, but the competition was steep and the participants had a blast!!